ABOUT THE FLR METHOD

Laoshu has taken the term “now you’re speaking my language”, to another level!
In 2008, he began publishing recordings of himself speaking dozens of languages on YouTube. Initially, these recordings were made in an attempt to meet others and get feedback from native speakers across the world; however, overtime, these adventures became an integral part of his progress and motivation for learning. He quickly began receiving tons of questions from other curious learners online about his learning method. In turn, he began making videos explaining his FLR Method technique and answering specific queries, all the while meeting many shocked native speakers and impressed language professors.

His YouTube videos show him shattering stereotypes and breaking cultural barriers with individuals from all over the world by speaking in dozens of foreign languages. Laoshu has shown the world a wonderful way to establish connections with complete strangers within a matter of minutes.

This year, the Laoshu505000 YouTube channel reached 1 million subscribers!
Today, Laoshu has shown his progress studying, reading, writing, and speaking more than 50 different languages. With skilled, creative language instructors and multiple native speakers involved in the development of FLR, students can rest assured of the accuracy and passion of the entire FLR team and program. 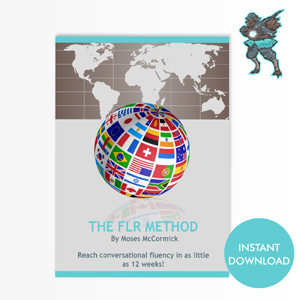 Please enter your details below to be kept up to date: