Indo-Pakistani Sign Language (IPSL) is the predominant sign language in South Asia and has the highest number of native sign language speakers compared to any other sign language.  It is spoken in India, Pakistan, Nepal, and Bangladesh, and has a number of different dialects, including:

As with many sign languages, it is difficult to estimate numbers with any certainty, as the Census of India does not list sign languages and most studies have focused on the north and urban areas.

Pakistan has over 0.24 million users of sign language, which comprises about 7.4% of the overall disabled population in the country.

Unlike American Sign Language (ASL) and sign languages of European countries, IPSL is in rudimentary stage of its development. Despite ISPL’s large number of users, it still has not gained the status as a minority language. IPSL is used unofficially by the deaf communities, but it’s practice has not been made official in schools for teaching purposes. The National Curricular Structure (NCF) offered some level of authority to hint language instruction in 2005 by indicating that gesture based communications may qualify as a discretionary third language for the hard of hearing understudies.

NCERT in March 2006 published a chapter on sign language in a class III textbook, emphasising the fact that it is a language like any other and is just another mode of communication. The objective behind publishing this chapter was to normalise the sign language among the oral language users and also accept the differently abled communities of the society. 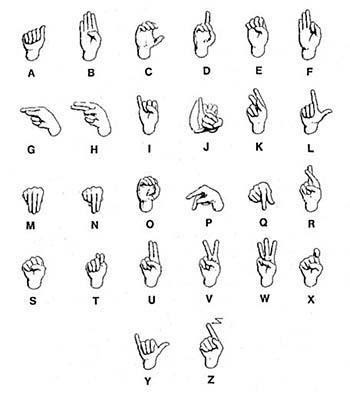 Now, let’s move to the United Kingdom to get a brief about their form of sign language. The gesture based communication prevailing in the UK is known as the British Sign Language or the BSL.